Skip to content
Return to top
On this page

As we mentioned before, to reduce the sizes of smartcontracts, we provide a dynamic library in the execution environment. We shall detail how to link against that library and use the functions at a later date, but for now, let's explore how to include functions and trait implementations into that library.

A function is a rather abstract entity, and while most languages agree on what a function should do, the way in which said functions are represented is very different. Moreover, in some languages (like Rust), the consequences of calling a function, and the things that it is allowed to do are different. Because one can use any language to create a WASM smartcontract, we need to level the playing field. This is where the concept of foreign function interface (FFI) comes in.

The main standard used today is the C application binary interface. It's simple, it's guaranteed to be available even in languages which can't compile to WASM, and it's stable. In principle, you could do everything manually, but Iroha provides you with a crate iroha_ffi which contains all you need to generate FFI-compliant functions out of your existing Rust API.

You can, of course, do this your way. The iroha_ffi crate merely generates the code that you would need to generate anyway. Writing the necessary boilerplate requires quite a bit of diligence and discipline. Every function call over the FFI boundary is unsafe with a potential to cause undefined behaviour. The method by which we managed to solve it, revolves around using robust repr(C) types.

The only exception are pointers. The null check and the validity cannot be enforced globally, so raw pointers (as always) are only used in exceptional cases. Given that we provide wrappers around almost every instance of an object in the Iroha data model, you shouldn't have to use raw pointers at all.

Here is an example of generating a binding:

The example above will generate the following binding with DaysSinceEquinox represented as an opaque pointer:

The iroha_ffi crate is used to generate functions that are callable via FFI. Given Rust structs and methods, they generate the unsafe code that you would need in order to cross the linking boundary.

Note that the opposite conversion is fallible and can cause undefined behaviour. While we can make the best effort to avoid the most obvious mistakes, you must ensure the program's correctness on your end.

The diagram below uses the creation of a new domain as an example to show the conversion process (more on the name mangling semantics in a separate section). 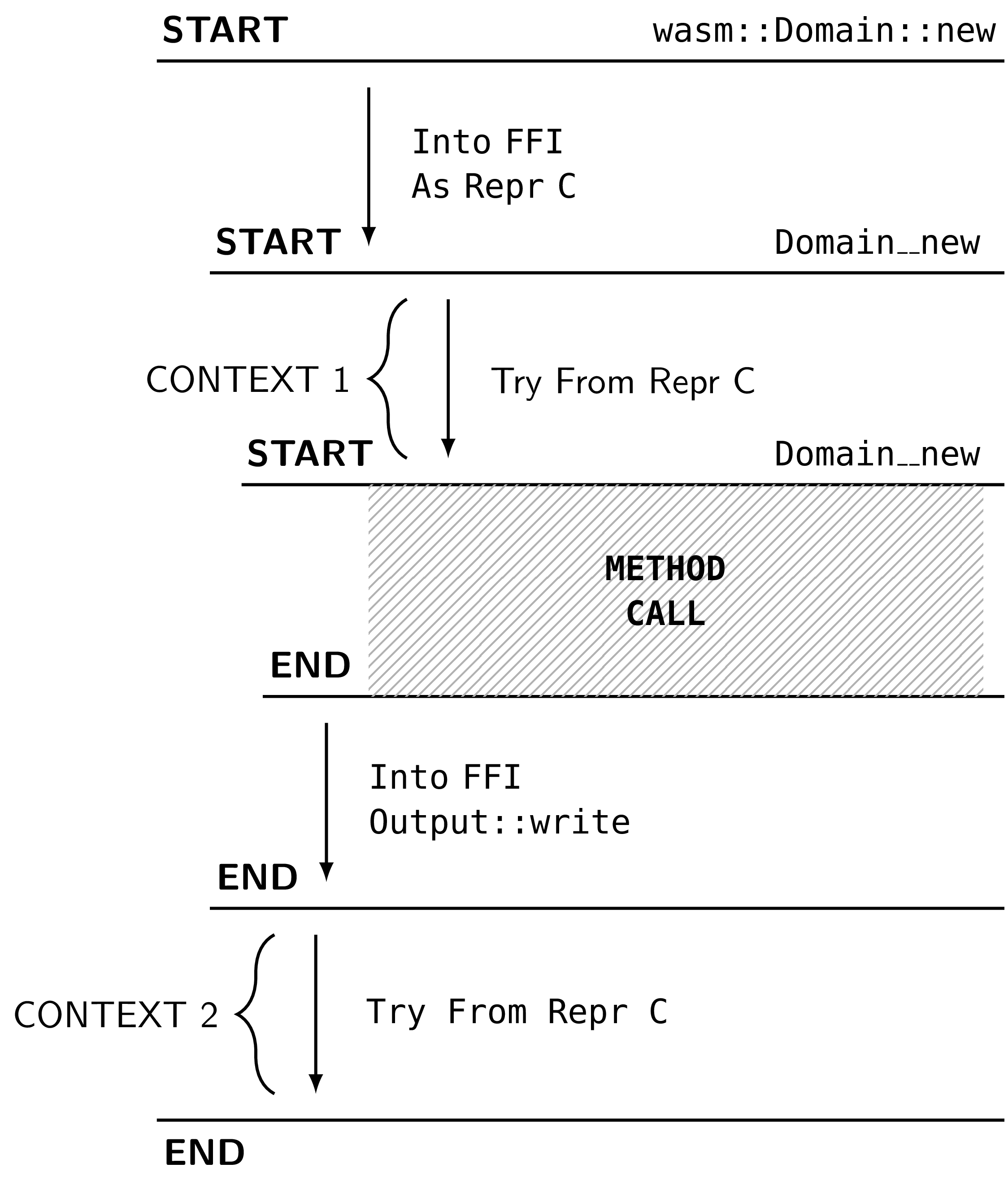 Note that there is no ownership transfer over FFI except for opaque pointer types. All other types that carry ownership, such as Vec<T>, are cloned.

Note the use of double underscores in generated names of FFI objects: